On Wednesday, April 9th, 2014, Kebabian’s Oriental Rugs (since 1882) was honored to be the 2014 Recipient of the Greater New Haven Chamber of Commerce’s prestigious Corporate Heritage Award during its 220th Annual Meeting.  This award is given annually to one business in greater New Haven that has demonstrated leadership for 100 years or more.  Kebabian’s is currently celebrating its 132nd anniversary.

John Kebabian, fourth generation owner,  shared the fascinating history of  Kebabian’s Oriental Rugs, which has always been in downtown New Haven.  John’s final comment that Kebabian’s is “Bullish on New Haven!” apparently resonated well with Peter Salovey, President of Yale University (the keynote speaker of the event) who enthusiastically incorporated the phrase into his speech about Yale University’s relationship with New Haven by saying, “Yale is also Bullish on New Haven!”

The event was highly informative,  immensely enjoyable  and very encouraging regarding the business environment of New Haven,.  A good time was had by all! 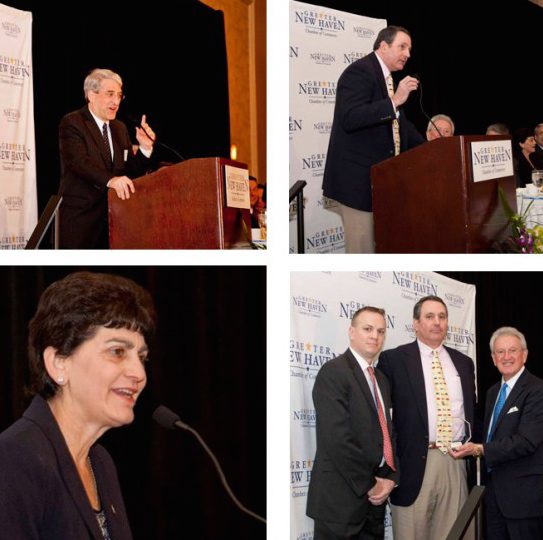